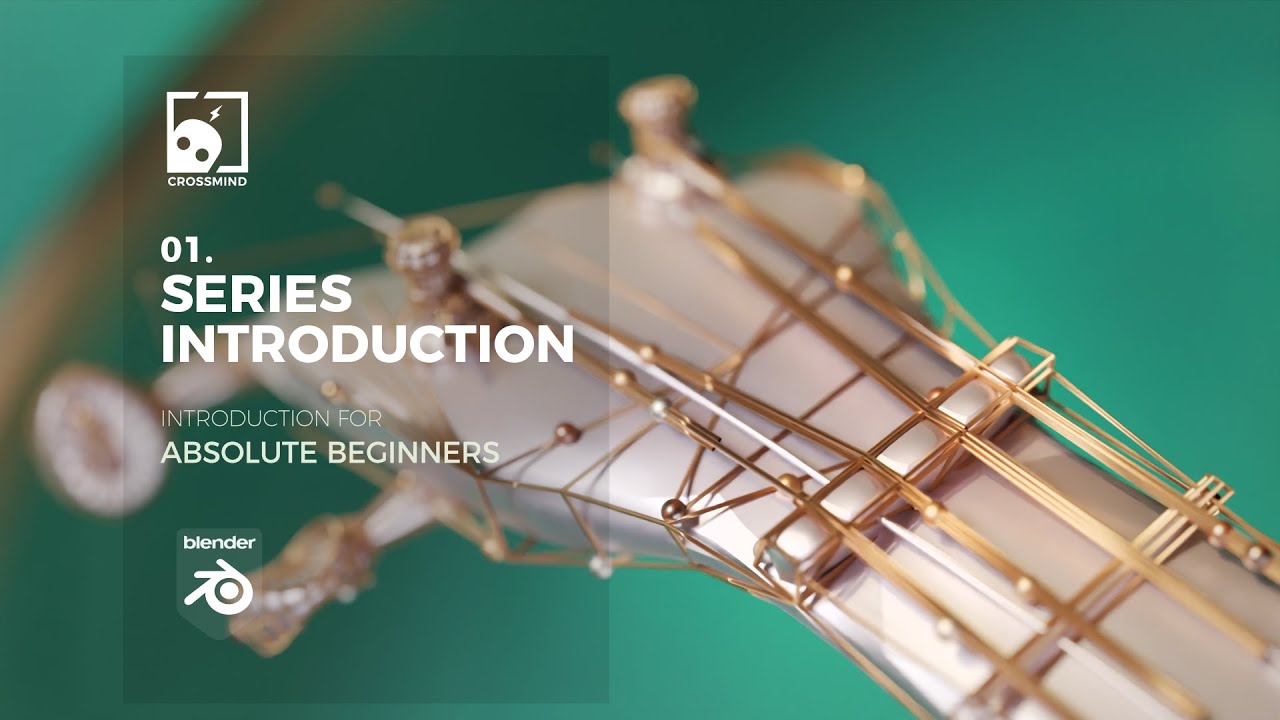 Welcome to another great tutorial series by Crossmind Studio about an important topic of the Blender community, which is also the latest and anticipated feature, Blender Geometry Nodes.

Nodes are powerful, every major 3D programs have already a strong node-based procedural workflow, or is adapting to it. Blender’s Everything Node projects first installment is Geometry Nodes. Which is still at a very early stage of development, but can make life easier even with the limited number of nodes we have at this moment. It’s fun, Geometry Nodes will change the way we used to make environments, procedural effects, scatter things around. And not just that, with upcoming modifiers and many more nodes being added to it, it’s going to get even more powerful. So while the development of Geometry Nodes will go on for quite some time, it’s better we do some catching up, and start adapting to the new workflow. Watch the video that the guys of Crossmind studio put together:

This first part of Geometry Nodes series is for absolute beginners. This is for those who are starting with nodes and geometry nodes workflow for the first time. Through this Youtube series by Crossmind Studio, you will start with creating absolute basic things, without touching the spreadsheet or attributes first. The main goal here is to get comfortable with nodes. Understanding the node-based interface, adding nodes, connecting nodes, short keys, organizing nodes, making simple node groups, etc.

Watch the video on Youtube: Introduction – Geometry Nodes For Beginners in Blender

Creating your first node-based animation which you can apply to any other object with a single click and it will give you the exact same results. By the end of this short series, you should be able to make this animation or an even better example. And then we can get into a bit of rendering and lighting of this intro sequence.

Why should you learn how to use Geometry Nodes?

First, for every project, you can make procedural assets that would be useful in not just the current project but the future ones. As well procedural workflow also allows you to work with confidence in the non-destructive workflow so in case something doesn’t work out well you can always go back and tweak a few things in the node tree and the rest will automatically adapt, instead of literally adjusting everything manually.

In this video, you will understand the idea behind the workflow.
You will learn what is an Attribute and how you can change a scene dynamically changing some procedural parameter in Geometry Nodes

What you can do we Geometry Nodes? You can make a 360 nice animation; you can reuse assets to save time, or make an exploded view of an object which turns into holographic wireframe and then assembles back.

Everything you make in the bigger projects should be procedural so that, if your client says I don’t want a bird in the logo and instead, he wants a marshmallow, then,  you should be able to make those changes in the logo and without having to worry about the rest of the animations.
Like mentioned before instead of doing manual work start thinking of a system that can save you a lot of time.

So let’s begin with the basics and start understanding the interface of the Blender Geometry Nodes so we can have some common ground to discuss the future tutorials.

In this video, we will be introduced to the basics and the interface of Geometry Nodes.

Blender Geometry Nodes system has a similar concept such as the Shader Nodes.
If you want to bring up new any new node  simply press Shift+ A and this will appear the
Add menu just like how you get the add menu in the  viewport
You will see the basics like the Node Transform.

After a few simple steps, you will see how to animate in Geometry Nodes. How you can create more objects using a single one. How to transfer the properties and animations to different objects applying the node you created previously. How to Join Geometry.

At the end of this video, we will have made a complex object like in the image below, starting with just one single instance of “Susanna object”:

How do you apply materials in Geometry Nodes? What are the differences with Shader Nodes?
What is the best workflow for applying materials? In just a little more than 10 minutes, you will have a basic understanding of materials application with this tutorial.

After just 20 minutes, we will understand the basic maths application to animate something like a clock in this video.
What is the difference between integer and vector values? Why are they relevant?

In this video, we’ll start to see how to move the single vertex of a mesh, for example, using a Noise Texture node. Then we will apply to a Gris Mesh and to Ico Sphere. Then we can apply some material.