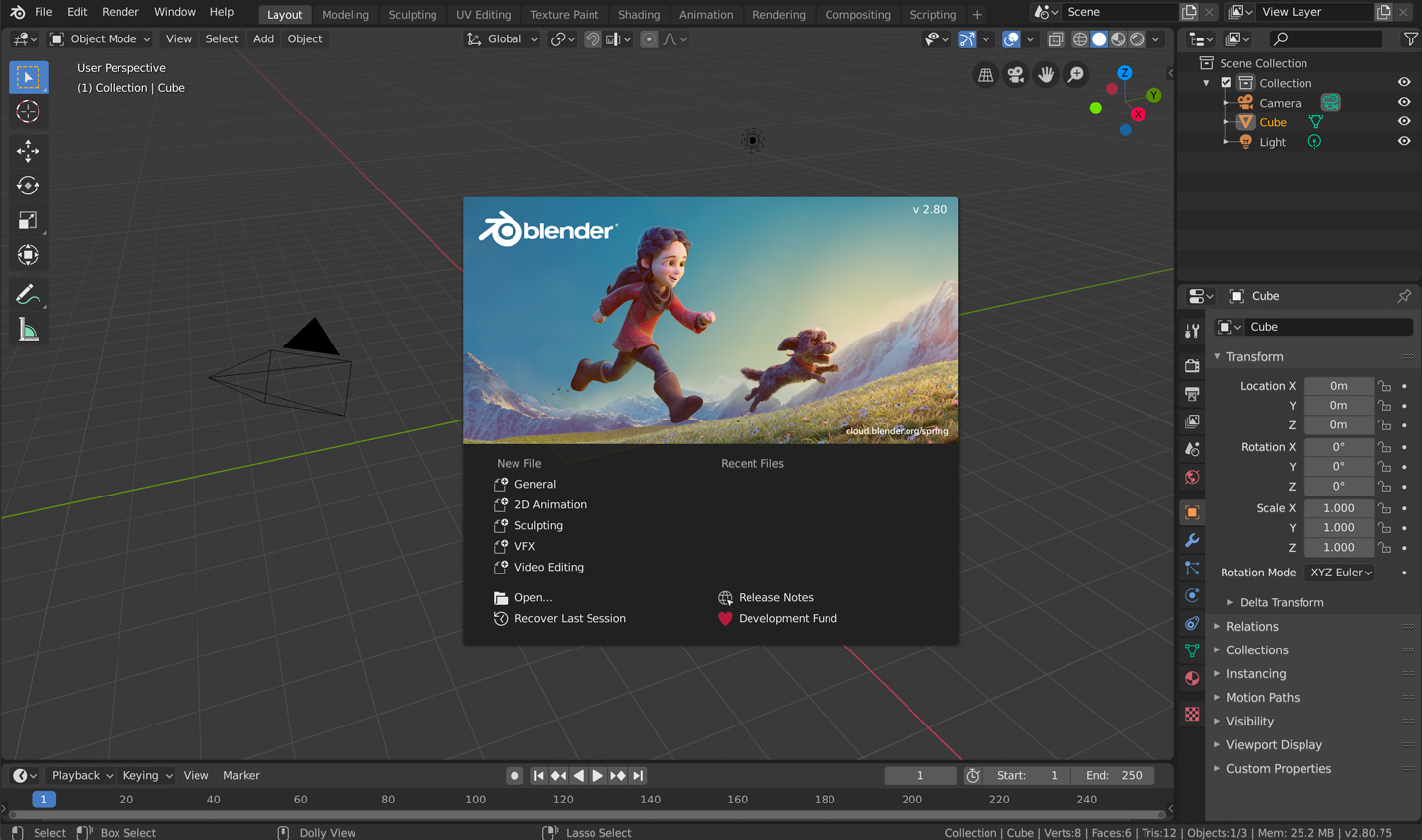 The 2.80 release is dedicated to everyone who has contributed to Blender. To the tirelessly devoted developers. To the artists inspiring them with demos. To the documentation writers. To the Blender Cloud subscribers. To the bug reporters. To the designers. To the Code Quest supporters. To the donators and to the members of the Development Fund. Blender is made by you. Thanks!

Major new features for Blender 2.80 are:

This series will take you through everything you need to get up to speed with Blender 2.8