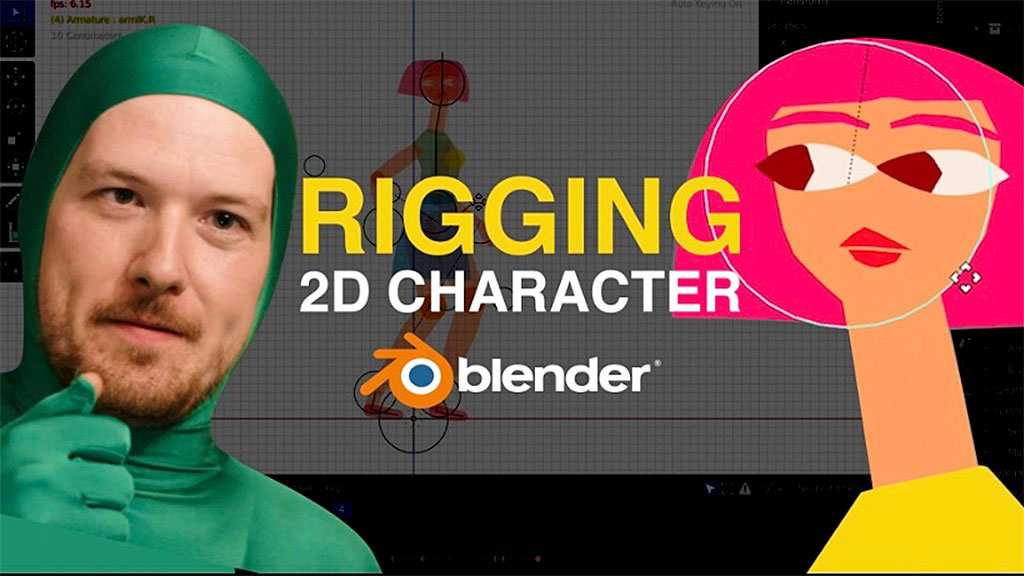 Learn how to bring a 2D vector art character into a 3D space and work with it like a pro in Blender!

Scottish filmmaker and animator, Will Anderson, has recently made a 6-part online Masterclass for Motion Design School which introduces and combines Blender’s Greasepencil with rigging techniques, to go through the stages step-by-step in creating a 2D animated character in 3D space.

In this course, you’ll learn the following:

This basic course on Rigging 2D Character in Blender is designed for beginners! If you are brand-new to Blender we recommend watching Blender Foundation’s “Blender Fundamentals“ playlist on their YouTube channel first here so you can navigate around the workspace easily.

Who is Will Anderson

BAFTA-winning Writer/Director from the Scottish Highlands. Will’s first short film ‘The Making of Longbird’ won over 30 awards internationally at film festivals & received a British Academy Award in 2013. He also works as a freelance writer, director & animator on film, television, web & interactive projects. Works of his have been broadcast & commissioned by BBC, Channel 4, AdultSwim & MTV.

Links to Will Anderson

You can read also the previous article for Will on our website “Interfacing Blender 3D with Open Sound Control”.