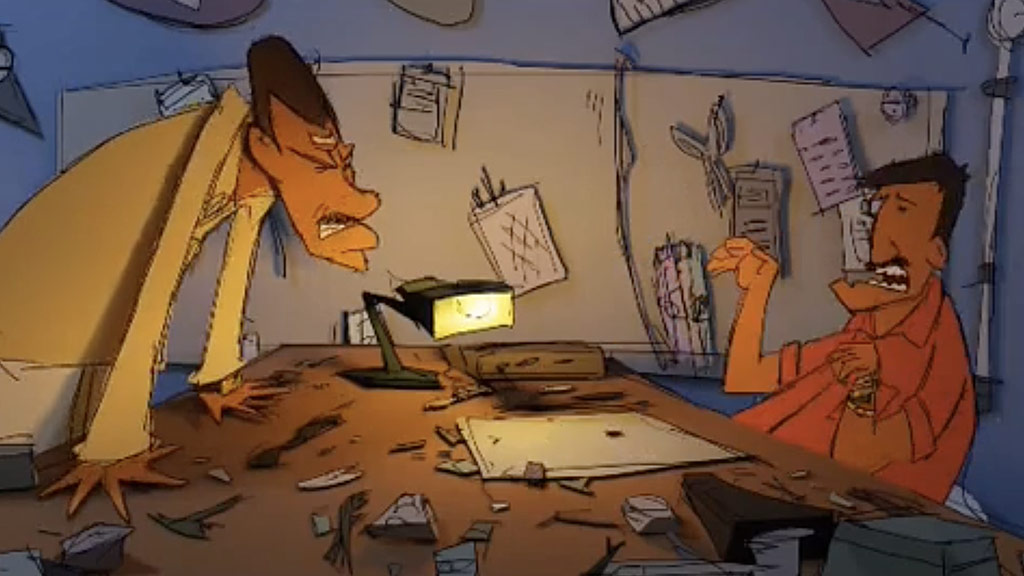 The film is about: “A failed marriage. A watchmaker. Meteorites. Time is uncomfortably relative in this Kerala town, and our hero struggles to make the perfect watch to keep up with the times.”

Grease Pencil has been recently enhanced with the release 2.8 of Blender.
Because this film had taken 5 years to make.. so the workflow kept changing and updating whenever new features get added, all the way from blender 2.75 when Grease Pencil animation was being improved, till 2.8. It had always been fun to keep testing out newer features in film production, says Shaheen.

Shaheen says: “It’s a sci-fi animated short film set in Kerala that I’d been working on for the past couple of years. Now that it’s complete with whatever touchups I wanted to do – colour corrections, animations, error fixing- I’m up to other things in life, but I am glad this was a part of it”.