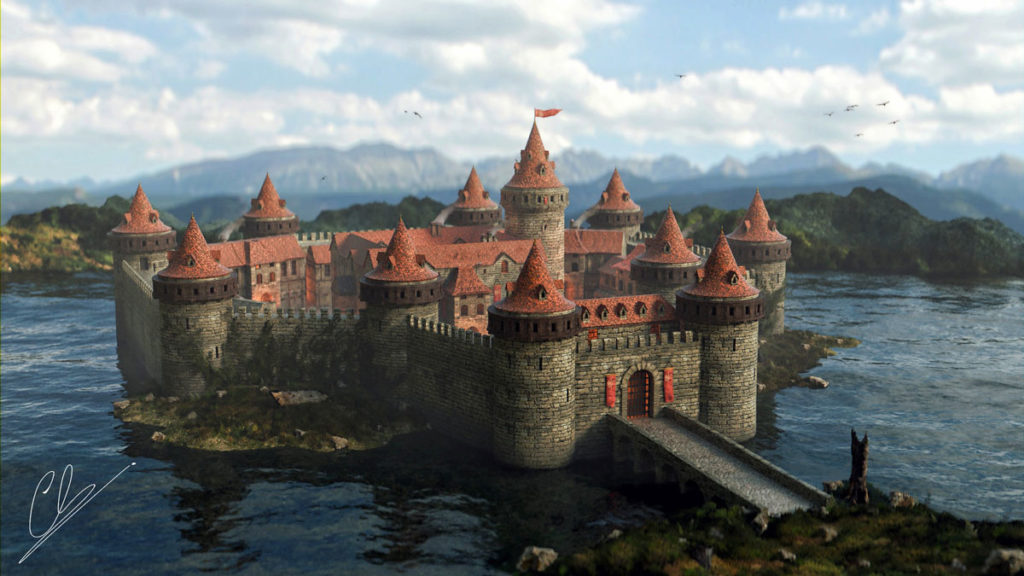 Pietro Chiovaro a young 3D Artist from Palermo, Italy. He has always been a movie lover and videogames enthusiast. In the past years, he has been focusing his studies on the development and creation of assets, characters and environments. To offer a complete set of skills, he has also developed his competences in art direction, game design and direction.
Working as a freelancer, he developed deep experience in many aspects of CG production from architecture works, to VFX effects and games development.
3D Expert of the 3D World & 3D Artist Magazine since 2015, every month Pietro shares his knowledge and helps other artists, giving answers to their questions and showing them the solution to their issues.

Let’s ask some questions to Pietro:

How long have been using Blender?

I started to use Blender 10 years ago in 2010. At that time, I was 12 years old and amazed by some projects created with Blender, I downloaded Blender 2.5 version of the software in my old and loyal windows 7 laptop. This was not my first time with a 3d graphic software, my very first introduction started in 2008 from a friend that introduced me to Google Sketchup. After a couple of years, I was looking for something better and different so I started to use Blender. It was something new and there were not much tutorials or lessons, so I started trying all the tools and elements, learning their use and functions. It was not simple at the beginning, but with passion, constancy and fails, I developed my skills and knowledge of the software.

Why do you use Blender?

As I said before, the main reason why I decided to use Blender was his potential, it’s free, open-source, powerful… in one word it’s Awesome! Through the years I decided to learn other software such as 3ds Max, Maya, Zbrush, the Substance Suite and much other software, but Blender is always in the first place

Which was the most interesting job that you have worked at?

Being a freelance 3D Artist I had the opportunity to work at many cool projects, such as tv ads, construction and restorations of buildings, videogames and even the 3d analysis of a very important paintings, but one of the best projects that I’ve done was the ideation and 3D creation of a new logo for the department of “Recreation Parks & Tourism” of the USF San Francisco State University. It was an honour and pleasure, that I’ll keep in my heart.

What is the top tool of Blender for you?

I think there’s no a top tool in Blender, the top tool is Blender. He is a 3D computer graphics software which has all the toolset required to create, modify, animate and develop any kind of CGI content, it’s perfect and always in development. It won’t be long to his predominance in the 3d industry

A few years ago, Pietro started a YouTube channel, with the purpose to spread his 3D knowledge to other people and new artists that want to approach to this universe. He decided to show off his entire process online, in his YouTube channel and in this tutorial series.

This is a tutorial series that he’s publishing on his YouTube channel. In this series, he shows the approach to create a Disney Pixar Style project.
The goal of the project was to create a real-time depiction of Andy’s House (from Toy Story 4) in different climatic conditions. Pietro gathered a lot of references from the Toy Story movies and shorts and other movies like Frozen to create the snowy version of the house, never seen in the movies…

Pietro has been present in the 3D World for a while despite his young age. Here come links to his activity:

1 thought on “Interview with the young CG Artist Pietro Chiovaro”